Click on photo for a larger version and to start a slideshow! 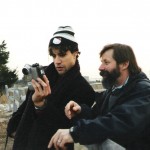 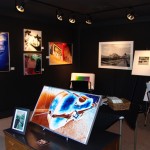 Wes’ photo show, Packard Reath Gallery (Lewes, DE). Photo in foreground is of Wes’ acoustic bass; it is now displayed in the Bass Department at Berklee (May 2005).

Wes’ photo show, Packard Reath Gallery (Lewes, DE). Large photo to left is Wes’ car with bike on roof. Four photos in vertical display case are pairs of photos, each pair showing his photo and a photo of him taking the photo (May 2005). 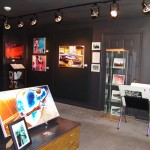 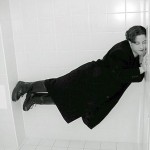 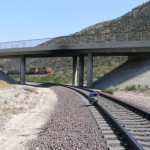 Doing train photography with his dad at Cajon Pass, CA. 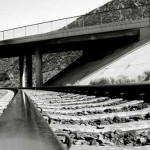 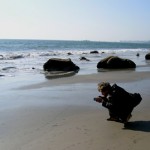 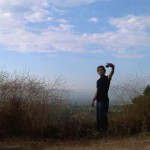 Photo of Wes taking his self portrait, which was later modified to yield the wonderful colors (July 2003). 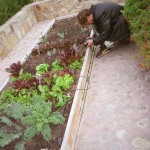 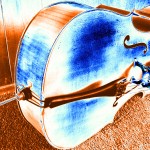 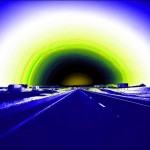 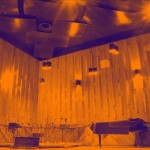 Wes on his bike at Saddle Peak. 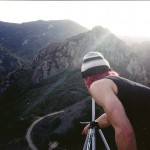 Wes on the top of a steep hill in Malibu Creek State Park. 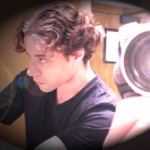 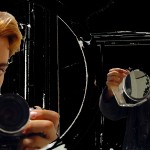 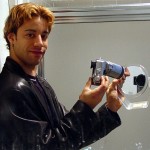